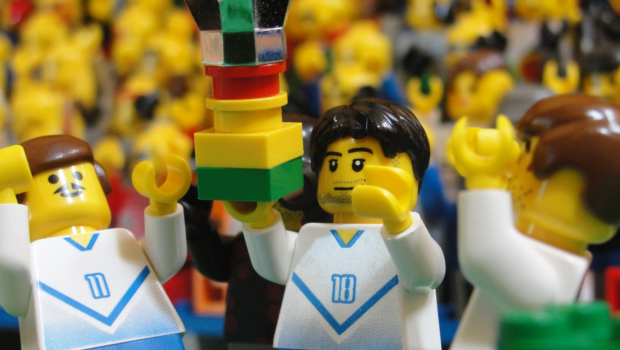 To much manufactured fanfare and self-adoration, the Legoland Football Association ushered in a new era for football in the Empire with the much awaited launch of the new SuperLeague, being dubbed by both the association and media alike as ‘SuperLeague 2.0’.

The new league does see some revolutionary changes and so the LFA hype has at least for once some justification. Gone are the Roberto Baggios and Francesco Antoniolis with the association having implemented name changes for players to ensure the league meets current statutory regulations. Excel, the LFA’s computing mainstay for over 20 years has been demoted to a level 2 player on the IT side of the house with the CMLFA platform taking over, a move intended to “streamline operations”.

The Serie A and B divisions have been revamped with Rings joining Louisville Minifigs, Millionaires and Violets being demoted from the top flight. No Serie B sides have been promoted resulting in the top flight being shrunk from 20 to 16 teams.

Revelling in the limelight, LFA President Henry Fifa heaped praise upon himself and his LFA associates for having “the nerve” to steer what he called “a lumbering ship on a course to safety”. Hefty Mr Fifa explained that the league was in “desperate need of a brick and plate revamp” due to an array of ailments that included financial inequalities between franchises, rising wage bills, declining match attendances, inefficient operations and incompatibility with recent regulations.

“We needed brave figs to take hard decisions and stand up for the grass-roots and so I entered the fray”, Mr Fifa said. He added, “It’s not easy stepping on the toes of the big clubs but we did it in the best interest of everyone”.

Mr Fifa’s comments has irked many however with smaller clubs particularly angry at the changes. Rings manager Alberto Portanova accused the LFA of reducing the Serie A to minimise splitting the financial cake. It’s simply a case of greed. The LFA are controlled by the top sides. The league as a whole gets a whopping sum of cash to split each year from TV deals and marketing revenues. They want to split that amongst a smaller number of club sides and increase their own individual share. Mr Fifa is a greedy son of a technic pin. He ought to be ashamed”.

Portanova’s comments were mirrored by those of Bulls owner Ron McDonald. “We’re trying to rebuild our team after the bankruptcy a decade ago. It will be a difficult task simply surviving in the top flight with a growing concentration of quality sides. To me it seems money and greed is the driving factor for the change.”

In the Summer of 1994 the LFA announced to the world that the Legoland Football League would be rebranded as ‘the SuperLeague’ with a revamped format and an expanded top flight (from 16 to 20 teams).

At the time a storm of accusations blew up (in particular with football analysts from Eland and ND Land) alleging that the LFA had created the league primarily to ensure the top flight status of the Emperor’s own team, Medalin White Sox (then playing under the Juventus brand), who, had finished the previous campaign third from bottom and in the relegation zone*.

Although strenuously denied, the association did explain that the new league would ensure the country’s richest teams would be fast-tracked into the top division with Celebs, Bulls, Medalin, and Segasonic Snowfalls amongst the sides granted a license in the first SuperLeague.

*It later emerged in what is now known as the Edwardsgate scandal, that due to a mathematical error by an Eland contractor charged with the paper-based calculation of the league table, the points awarded to Legoland FC and Medalin were incorrect. Medalin actually finished the season outside the relegation zone with the country’s biggest team, Legoland FC, inside the drop zone. Ironically, Medalin were relegated in the first SuperLeague season anyway finishing second from bottom, only ahead of reigning champions Port Villa, who had the ignominy of being the only ever reigning champions to secure a direct passage to Serie B.