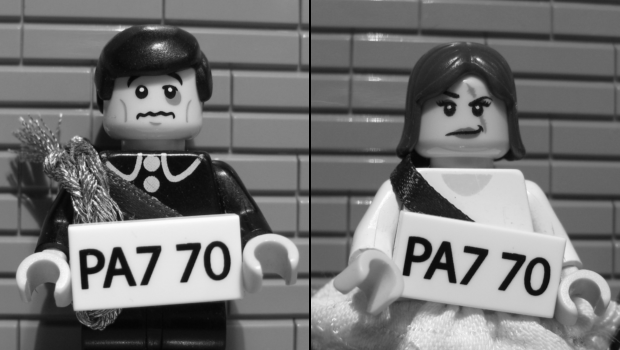 The two spies were killed in unknown circumstances

It has emerged that the bodies of the late Prince Christian and Princess Grace of the Capricas were flown home to the Caprican Empire earlier this month by the Empire’s new military led government. With no word coming from the junta itself speculation is rife as to the motive behind the move.

Prince Christian and Princess Grace confessed in early August of 2013 to a plot to butcher a prominent Legoland politician and were awaiting a possible death sentence. The duo disappeared from public light for months however fueling suggestions that they had died.

Conspiracy theories abound that Princess Grace had been accidentally killed by the Caprican military in a missile strike on the Enatolia Nuclear Plant on August 15. The explosion at the plant only hit the headlines on the 21 August with plant operator Atomic Energy Group at the time blaming an accidental blow-out on one of the plant’s turbine-generator interchanges as the cause. Reports in the Caprican News Network the following day did however report a strike on the plant had taken place.

The theory speculates that she had been placed there by the previous coalition government as a minifig shield but the deterrent was ignored by the Caprican military. According to the most popular theory, her husband was not killed in this attack but died at the hands of the Intelligence Services in March following the military’s power grab.

Conspiracy believer and Sci Fi author Hans Fran Tocker explained the evidence behind the theorists beliefs in an interview with the Minifig Times. “Photographs of the explosion aftermath which were widely circulated back in August clearly show the outstretched arm of Princess Grace in a pile of rubble. What’s more, her jeweled tiara is atop a pool of blood. It’s crystal clear, pun intended”.

He added, “Prince Christian’s time to meet his plastic mould was inevitable once the junta seized power. “Whatever chance he had of hanging in there, when Deeds’ crew took control, his time was up”.