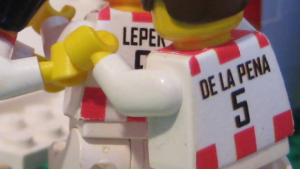 The 32 franchises in Legoland’s SuperLeague have seen their collective net cash reserves plummet from £384m to £176m in three years according to the 2017 Report on League Finances issued by the Legoland Football Association.

The enormous drop represents a 54% decrease in the fluid assets of the 16 Serie A and 16 Serie B clubs over the period.

The LFA’s report described the changing financial times as challenging for some franchises but put forth a number of reasons for the fall-off in cash reserves. It determined that overall the league as a product was performing well.

According to the report the decline in cash reserves is plateauing and should stabilise for the 2018-29 season at approximately £160m.

Serie B franchises saw the most dramatic decrease in collective cash reserves falling from a height of £218m in 2013 to £44m in 2016. This drop the LFA stated has skewed the overall picture. In the same period Serie A clubs saw their cash reserves drop £33m.

Key reasons for the falls the report found were listed as being:

The SuperLeague’s most cash-rich franchise is 9-time and current title holders Legoland FC with just over £25m in the coffers before the start of the 2016-17 season. The franchise also had playing personnel assets totaling £132.3m.

The report did conclude that the Serie B has seen an drain in top players over recent years but that was inevitable.