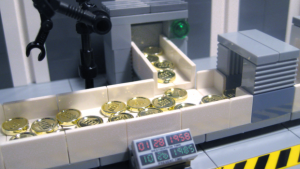 Freshly coined denar ingots are rolling off the printing presses at the Imperial Mint in Davidium. They will replace the Legoland Pound which has been the national legal tender since c1985.

In a surprise announcement the Central Bank said it will replace the Legoland Pound with a new currency later in the year in a move designed to curb corruption, thwart counterfeiters and dredge up what could be billions of taxable income currently stashed in the black economy.

The new currency, the Denar (symbol Ɖ), will be phased in between September 1st and January 1st 2018. Holders of the old currency will have until January to exchange any savings they have to denars. Miss the deadline and the currency will have no official monetary value having ceased being legal tender and will not be accepted by banks. All deposits in approved financial institutions will be automatically exchanged on September 1st. 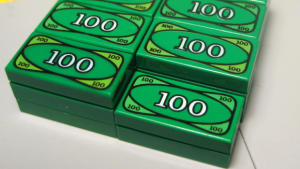 “This option has in fact been on the table for a number of years. We met with the new Minister for Finance and went through a number of options we had considered as part of a plan to fight the financial operations of organised crime groups. I expect to announce further measures in the coming months.”

Minister for Finance Ken Bacon confirmed that the Imperial Mint has already turned on the printing and coin presses and production of notes and coins is well underway.

“We’re already stockpiling denars and the smaller ingot denomination to ensure we have enough to meet demand. They’ll be sent to all corners of the Empire in due course.”