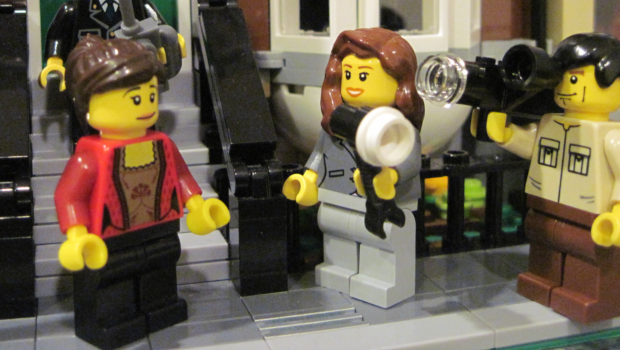 Femfig Bricks took no time to execute a superb faux-pas

The military junta has confirmed it has provisionally recognised the legitimacy of the government of the Lego Republic and its territorial claims. State broadcaster RTL reported that the Empire’s recently installed military rulers “acknowledged the Lego Republic’s existence” and the rights to self-determination for its minifig populace.

Nevertheless, the Minifig Times understands that the regime is none too pleased at the republic’s obscure female ruler, President Marie Bricks, who appears to have spared no time in ruffling Davidium’s feathers. In addition to being a femfig, the minifig also irritated Davidium on non-gender grounds.

Local media reported her as saying that “undemocratic” Legoland was under the control of a PBR asylum seeker turned international celebrity in none other than Fred ‘Freddy’ Deeds. She added that the Lego Republic would welcome refugees from the Empire, implying there were refugees to welcome.

This is no doubt a sore point for the junta explained Dr Hubert Groons of the Emperor David University’s College of Political Science.

“Suggesting that there are refugees in the Empire who are seeking to flee across the borders is at this stage quite fanciful. The government of the Lego Republic would do well to verse themselves in Caprican-Legoland affairs and examine how previously good relations deteriorated rapidly following Caprican commentary on Legoland affairs. Bricks comments may well be a sign of naivety and artlessness on her part. The alternative would be a more dangerous intention to stoke a beast whose strengths are unknown to all”.