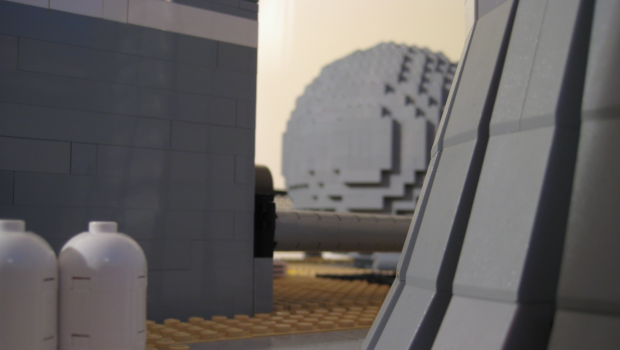 A nuclear reactor clearly visible. Rumours are spreading that the Enatol-Grampos complex is near completion.

Prime Minister Julian Halliday has been forced to openly deny that the State is developing a nuclear programme despite clear evidence to the contrary. Leaked photographs from the Enatol suburb of Davidium appear to show that construction on a nuclear facility is near completion, never-mind non-existent.

The news comes a little under 2 months after the government denied any interest in nuclear technology which allayed fears from some foreign governments that the Empire may be on a quest for nuclear arms.

Speaking on State television, Halliday claimed the photographs were “fabricated by foreign fabricators” and would prove this was the case. “All resources of the State are being deployed to identify the source of the leak and fabrication”, he said.

Meanwhile journalists have been prevented from entering Enatol to corroborate the legitimacy of the images. The area has been sealed off since May this year as part of an environmental project to clean up wastelands around the Enatol-Mire River polluted by past minifig development.