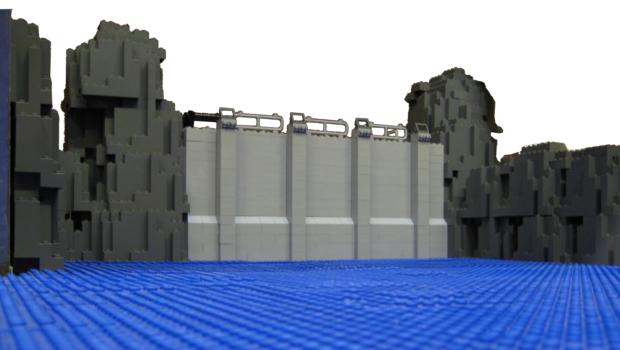 The Three Summits Hydro-dam currently provides over a third of the Capital’s electricity needs.

Answering questions posed by the opposition, New Brick Order, Prime Minister Julian Halliday denied the state is looking at nuclear technology in its quest for energy self-sufficiency. Addressing the Hall of Minifigs, Halliday claimed that the Three Summits Hydro-dam was the way forward describing it as “green, clean and actually light bluish grey”.

Images over the weekend surfaced in foreign newspapers that seemed to show the development of a nuclear reactor on the outskirts of Davidium but Halliday was quick to quash the rumour. “We do not have a need for such technology, the development at the Three Summit dam will go along way to ensuring power’s available to all minifigs. The images only show a construction site.”

With the expansion of the capital proceeding in earnest, power shortages are being experienced in certain parts of the city on a daily basis. This had led to some anger on the streets but so far to little organised protest.