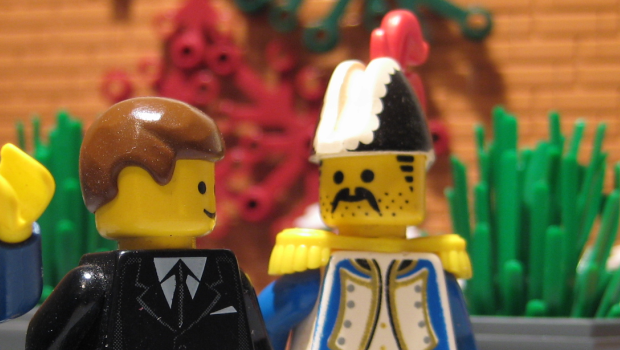 Clarifying that it was not the first step in a return to parliamentary politics, the Emperor announced the establishment today of the Council of the Empire, an assembly of what he called “nobody executives” who will oversee the more mundane aspects of government.

The Emperor explained that he was “out of action” since last Wednesday with a severe bout of illness. Whether Loose Leg Syndrome, a condition the minifig is known to be suffering from, was the cause of this episode was not divulged. What was divulged however was another eureka moment from the great fig.

“On my sick bed I realised that when I am under the weather the minifig world sadly does not stop and things still need to get done. Although it’s best when I do everything myself I deduced that I could do with some help. I’m also not really partial to some of the more boring aspects of Empire ruling so the Council can have those [tasks].”

It is understood that the mundane tasks bestowed to the Council will include responsibility for securing food and energy supplies, maintaining internal peace and order whilst the Emperor busies himself implementing his visionary plans.

Officially the Council will administer aspects of the 4 government ministries (Government, Development, Information and War) which Emperor David feels are too boring to deal with personally.

The Council is thought to comprise 7 minifigs hand-picked by the Emperor for being loyal but also for having personalities completely void of charisma and inspiration. These ‘qualities’ are thought to considerably reduce the likelihood that should one or more of the executives ever let power go to their head they will have fewer followers and be easier to purge.

The Council itself confirmed this morning that the names of member minifigs will not be released as the group will only issue public statements and directives as a collective.