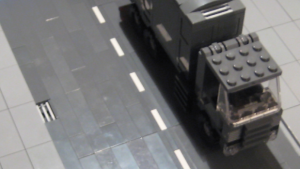 The Federation of Legopolis has agreed to allow Legoland supply aid to the war-ravaged Ancarta region following clarification from Davidium that the Federation authorities can inspect all shipments once they reach Ancarta.

The news which shortly followed the lifting of Legoland imposed sanctions on the Federation over the Megablok outbreak, has abridged what had been strenuously mounting tension between the two powers.

The Foreign Office in Davidium confirmed that a deal had been reached but not until Federation media broke the news. The manner in which the news was announced by the City of Legopolis administration, via local media outlets rather than through direct communication with Davidium, signals that all is not quite patched over in the Federation-Empire’s mangled friendship.

Foreign Secretary Fred Deeds though derided such notions stating that the behind the scenes dialogue had brought the two sides together and neither had any dirty laundry to air in public.

“As I speak relations are at an all-time high. The aid can be seen as supporting a key ally in the southern regions,” said a grimacing Deeds.