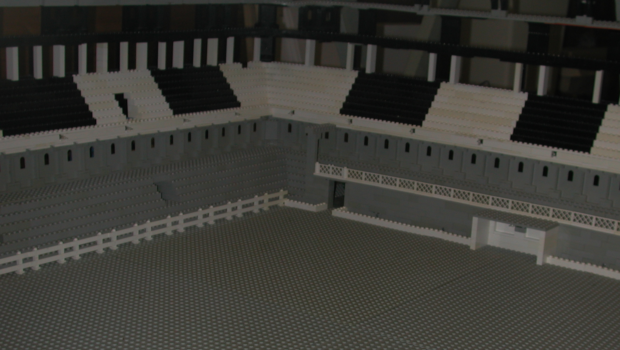 The Serpentfield Park is looking into a bleak future

The LFA have appointed administrators to Inter Balen football club after the franchise defaulted on its crippling £101m loan. Control of the team’s finances and assets have now been allocated to accountants from PricewoodhousePieces.

The following statement was issued by the LFA in Davidium.

“As of today, Inter Balen’s financial future is in the hands of PwP. The firm will do all in its power to pay off the franchise’s creditors. Supporters of Inter Balen can rest assured that their team will finish the Serie A season in a sound financial state and this will no doubt be to the team’s long-term advantage.”

Inter Balen are owned by GreenIsland minifig Alan McManus. The minifig has retained ownership under the LFA move but not the respect of some fans.

The Voluntary Bank of Legoland are owed an outstanding sum in the region of £60m from the franchise. It is understood that PwP are considering reducing the capacity of Serpentfield Park to raise cash.

Speaking to the Minifig Times by telephone, PwP’s head accountant confirmed that all 20 players at the club have been transfer listed with immediate effect. He denied that the asking price was akin to a fire-sale saying that the “asking prices were just not inflated”.