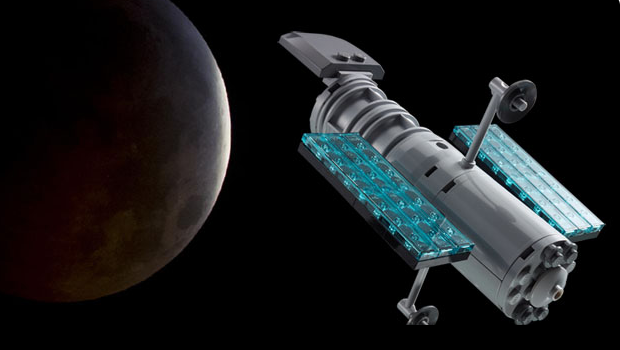 Life likely exists on other planets the Forum was told

A research paper entitled the ‘Hypothesis of the Primeval Brick’ presented by notable cosmologists and astrophysicists from the prestigious Emperor David University has theorised that the most likely beginnings of the LEGO Universe have their origins in what they have termed ‘the Big Brick’.

Following years of observation into the present and past composition and positioning of known planetary bodies in the LEGO System, the research group postulated that the most likely explanation is that all were formed when a gigantic brick exploded into billions of smaller bricks, plates and tiles.

The group, headed by Professor Hendrick Chancery, has estimated the beginning of the universe to be over 50 years old, around 20 years before the believed evolution of modern day minifigs.

“From analysing the rate of expansion and the date we have arduously collated, it appears most likely that the Big Brick exploded sometime around 1955. This ‘brick’ was truly massive measuring billions of studs in diameter. Although unimaginable to the average fig it sowed the seeds of minifigs life we see today”.

If the core theory is correct then all minifigures across the Minifig World are in essence related and share the same source, a scary thought for some.

The Forum heard that the findings indicates that the majority of parts that were produced by the Big Brick were initially light grey but as the universe expanded it cooled sufficiently to allow blue traces synthesize with this primordial element and amongst others form light bluish grey parts. These parts, termed Bleyons, are the present day’s most common element the study noted.

Significant additional work is required to see further back into time in the quest to discover more about the earliest moments in the LEGO Universe. Professor Chancery called on the government to fund a “new age of space exploration“ to benefit what he called the “future enlightenment of generations”.

The research group were given a resounding send-off by the dozens of delegates at the forum however on the streets there were some critics who disagreed in particular with the idea that there is life elsewhere.

One fig, who wished to remain anonymous, called the idea “nonsense”. “For years we have labelled those Spacer minifigs from Star Wars and what have you not as loonies from the Fleshy community. To think that they could have actually come from another planet doesn’t make sense. They can’t event ride bicycles. Where are their spacecrafts? We’re not going to start reviewing stereotypes just because of some high-brow nerd birds.”