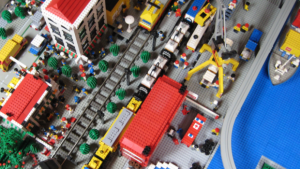 Most minifigs in Davidium believe the Council of Minifigs have made a rare correct decision.

Legoland City, the capital of the state of Legoland since the 1980s, has been renamed Davidium in honour of His Imperial Majesty, Emperor David. The city’s Council of Minifigs voted 7-3 in favour of the name change after the Capital Authority had sanctioned the proposal.

In announcing the historic change, the authority, in conjunction with the Ministry of Truth, stated that it recognised the importance of the name Legoland City in terms of tradition but that the importance of honouring the Emperor was greater.

“Emperor David is the true creator of our great capital. A humble minifigure he is, yet a visionary marvel he is also. The Emperor built this city brick by brick, plate by plate, tile by tile over many decades. It is fitting that we, minifigs of his Empire, minifigs of his city, honour him by naming the greatest settlement in the Minifig World after him.”

The city Council of Minifigs revealed that it would be naming a prominent thoroughfare in the new capital after Legoland City and will be sponsoring Serie B side Legoland City. “Legoland City will remain alive. The Council will keep the old name in day-to-day use. We will not airbrush history or tradition, purist minifigs should not be disappointed.