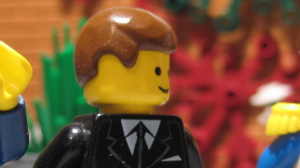 PBR’s envoy to the Empire, Troy Allen, has said that the so-called invasion of the Tyrrhellena plateau was not an invasion but rather “peaceful expansion”.

Although the baseplate grab was led by the PBR military, Allen maintained that at no time was confrontation envisaged. As to the necessity for military involvement Allen gave no rational response.

Tyrrhellena, believed to be more or less uninhabited is a region that lies between the Lego Republic and Federation of Legopolis. Although unclaimed, the PBR’s move to seize large swathes of the territory has startled some.

Reports emanating from the Lego Republic capital of Bricksburg on Tuesday reported that the government there is preparing to publically condemn the action and has placed its armed forces on alert.