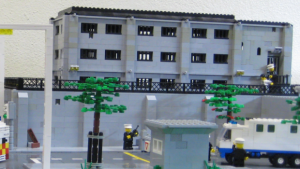 Orders for the arrest of key members of the Junta regime have been issued by Emperor David after the Emperor charged the leadership with high treason.

The Committee of National Restoration and its secretive ‘Inner Circle’ were accused of intentional intransigence in an attempt to prevent the transfer of its powers to the Crown and punished with effective decapitation.

It is understood that Amun was last night escorted by the Empire Police to the island palace of Fort Sabre where he was stripped of his military rank by the Emperor in person. Amun is now under ‘protective arrest’ with full control of the Imperial Army restored to the Emperor. A potential powder keg has been lit however with rumours of some displeasure among the military ranks.

Moves aimed at extinguishing dangers posed should any renegade officers emerge are on-going.

Other members of the Junta and prominent supporters including Fred Deeds have been arrested by the Empire Police and are being held at secret locations away from military installations. A number of unnamed others are understood to be ‘on the run’.