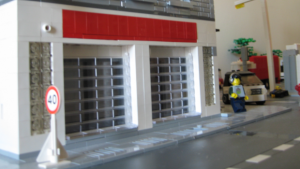 The top businesses in Legoland

Network Television Legoland were originally set-up by Emperor David in the early 1990s and have been the leading television company in Legoland for close to 25 years. NTL is currently run on a day-to-day basis by CEO Subscriptionus Televisionus, a minifig highly regarded as an expert in the in ripping minifigs off through Pay TV. The company is referred to more frequently by its acronym NTL and it is considered one of the “Top 5” Legoland firms in terms of revenue and overall size.

The company suffered a set-back in June 2009 when Emperor David interjected to stop the launch of what was to be a new reality TV series called Big Minifig. The programme would see 12 messed up contestants forced to live in a small house in Legoland City with the eyes of the nation on them 24/7. The least popular contestant would be voted out of the house each week by viewers until the last remaining minfig was declared the winner. Despite the fact that many companies expressed a keen interest in paying big money to advertise during the series, the Emperor called the programme “unsuitable”, “for retards” and “banned”.

The Legoda Motor Group is Legoland’s leading automobile manufacturing company and one of the top private employers in the state. Owned by multi-millionaire and celebrity Mr Legoda, the company produces primarily cheap low-quality cars for the average minifig. The company is infamous for selling cars without critical parts such as steering wheels however this particular practice is rare now due to an influx of steering wheel parts in 2008

The company’s impressive production facility, the nation’s largest, is located in an expansive industrial estate on the east side of the Legoland capital. Legoda owns a number of subsidiary car manufacturers and brands including General Brick Motors and Legobishi-Legohatsu.

The Export Company is Legoland’s largest company in terms of revenue. Initially involved in the importing and exporting of produce the firm has made its most significant inroads in the construction sector. The firm wins the majority of major public construction projects and regularly announces record profits.

The company has however been accused of being a front for the Legoland Mafia, the state’s largest organised crime syndicate yet Export Company chief Mr Organius Crimus has always denied any connection.

MinifigBay.com is the state of the Empire of Legoland’s shop window to the world. Set-up in the early 2010s the market’s goal is threefold: to raise much needed funds to support development of the Empire through the acquisition of building materials, to fund the online activities of the Empire’s media groups and in so doing further cultural ties with other minifig nations, and to support the development of national sports.

The website is operated by the National Assets Management Agency (“Nama”) and has come in for criticism within some quarters in Legoland for being the purveyors of minifig slaves.

The Mr Prints Group was established by Mr Prints in the late 1980s and was arguably the country’s most identifiable company by 1990. Since its inception the key income streams for the Group have remained stable with the printed media and billboard advertising divisions accounting for the overwhelming majority of revenue. The Group posted profits of £35m in 2006 and £33m in 2008.

Among the company’s top newspapers is The Legoland Times whose online edition runs under The Minifig Times brand. The paper has been a pillar of Legoland society for a period spanning 3 decades. Readership figures exceed all of its rivals combined including prestigious publications such as sister newspapers Lego News and the Financial Times as well as rival journals such as The Castle Clan.

Numerous papers separate to The Legoland Times were printed over the years by the Group including a whole host of tabloids to appeal to the less intellectual and football crazed masses. These included Good God, UASL Global, Football UASL.

The National Library of Legoland holds hundreds of preserved newspapers from the 1980s, 1990s and 2000s.