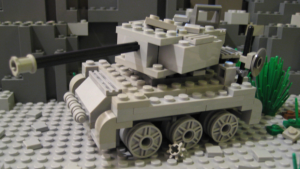 Between 2009 and 2015 a conflict in the Empire’s western Castleland and Basicstan provinces was waged between forces loyal to the Empire’s central government and a number of armed groups seeking its downfall. Most prominent of the groups are the Legoban and the Al-Medahyin organisation that together formed an alliance against Davidium.

A peace deal between Davidium and the Legoban was reached in July 2015 that saw fighting between the sides end with the rebels granted significant concessions including control of lands in both Basicstan and Castleland. No deal was attempted with the Al-Medahyin group.

Initially the main fighting centered on the semi-autonomous Castleland region. The area was previously the western most expanses of the Empire and already an fairly ungovernable land. After the conquest of Basicstan in 2006 state control and security in the region further deteriorated providing a breeding ground for those espousing Classical advancement theories.

The Advancement of Classicism is a movement spearheaded by the Legoban for the creation of a state where the everyday modernities of life have been eradicated and supplanted by the simple life experienced in the “Classic Castle era”.

Tapping into the underlying dislike of ethnic Townfigs by many Castlelanders, a dislike born chiefly out of the superiority complex many within the Townfig populace harbour, the Legoban have a sizeable following and are considered a growing threat by those loyal to the Davidium regime.

The Legoban emerged in October 2009 with the capture of the strategically important eastern Castleland trading city of Tricathan however after government forces retook the city in early November the group have been unable to repeat the feat of taking large settlements.

The key strategy of successive Davidium administrations was one of containment and a goal of limiting the Legoban’s influence from spreading into the “townships”, those lands populated by for continuous generations by urban dwelling figs. To this end the state had limited success.

The Legoban failed to seize control of settlements in the bordering township territories of Greater Dacia and Dacium but they held onto large swathes of western Castleland and eastern Basicstan and established ties with a number of regional warlords in Habalalum, Carthagia and Etreha.

Castleland, as with Basicstan, is primarily inhabited to ethnic Castlefigs which comprise minifigs from a host of clans, the most influential being those of the Lion, Draco and Black Fortress families.

Semi-autonomy was bestowed to the Castleland region in the 1990s after violent protests by ethnic Castle minifigs against ethnic Town minifigs. Further autonomy has been granted in recent years in an attempt to dent support for the Legoban and emergent independence sentiment. The move has been seen as one of partial success with most Castlefigs supportive of remaining in the Empire albeit with an expectation of significant state aid to the region in the coming years ahead.

Although garnishing support from a number of quarters, including rogue warlords in the impoverished regions of Habalalum and Carthagia, the Legoban’s key ally is the shadowy Army of Lego knights, yeomen, and enlightened defenders against annihilation (Al-Medahyin in the Classici tongue) which emerged onto the scene in April 2008. This faction is seeking the overturning of the Emperor’s September 2007 prohibition on God and has declared a “holy war” on the state until this is achieved.

Although much smaller than the Legoban, the Al-Medahyin group have successfully brought the fight to the townships with the bombing of the New Brick Order head offices in January 2010 a watershed event marking the conflicts arrival right at the gates of Townfig power.

The state has relied on both the regular Imperial Army forces and irregular paramilitary groups in its fight against the Legoban and Al-Medahyin.

The State Defence Legion, an armed paramilitary made up of Castlefigs loyal to regional leader Lord Colossus Denarius, representative of the Davidium government, has been used to clampdown on supporters on Classicism. The militia was raised by Lord Colossus Denarius in October 2009 to help counter the growing threat to his administration but it is widely believed that many generals in the Imperial Army consider the SDL a rag-tag bunch of undisciplined cowardly bandits and no match for either the Legoban or Al-Medahyin fighters. Rarely participating in combined operations with the LRG, or indeed any fighting, the State Defence Legion focuses on retaining control of Castleland’s key urban settlements and power bases.