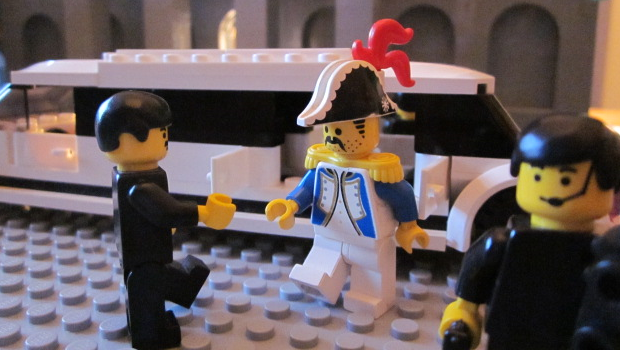 The Emperor made it clear he is not impressed by PBR’s democracy in action.

Emperor David has called on the Empire’s minifigs to be aware of the false promises being made by pro-democracy movements abroad and to take their words “with a bunch of studs”. Speaking at his Fort Sabre residence, the Emperor said such drives were “headed by figs with only self-interest at heart in an immoral quest to amass the greatest number of irrational voters”.

The Emperor went on to finger out the PBR currently in the middle of a presidential election race, as a “case in point”.

“Democracy is failing the PBR and failing its minifigs. Here we have 3 candidates, one of whom is a power-hungry narcissist, one a silver-tongued sycophant brunette and last but not least, one, a proper leader, under house-arrest and bottom in the most recent straw polls. All three are pandering for the votes of a largely uneducated populace. One might ask have the proponents of democracy ever considered that a population with low intellect may not be capable of making beneficial decisions? I would argue that they have more than considered this and it is in fact the movements’ raison d’etre.”