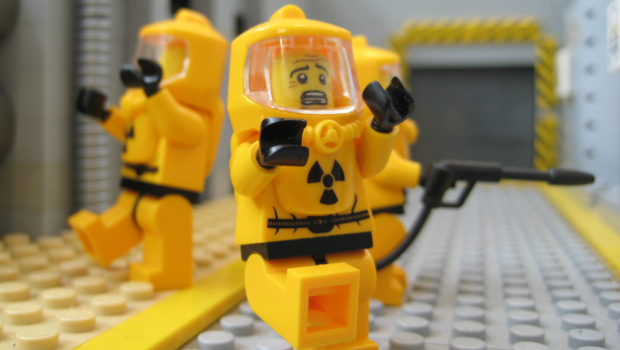 One of the image stills leaked to the press is shown above.

Atomic Energy Group, operator of the Enatolia Nuclear Power Plant, has dismissed concerns over a number of CCTV image stills published today in newspapers which appear to show panic stricken employees at the site running for their lives. The images come just days after it was revealed that an explosion occurred at the facility on 15th August.

In a statement released to the media AEG called the images “footage of a standard safety drill” which it claimed was carried out on the 14th August. The company stressed safety at the plant is its “number one priority, not profit.”

“We take safety extremely importantly at AEG with regular safety drills carried out by the company as part of an intensive personnel training programme. AEG stresses to employees involved in such drills that acting as they would in a real emergency event, such as a meltdown, adds value to the training as it instills realism into the exercise. We trust you will agree that they are getting quite good at it.”

The findings of a safety review currently being carried out by the operator under guidance from the Minifig Atomic Energy Agency have yet to be released to state authorities or the public.