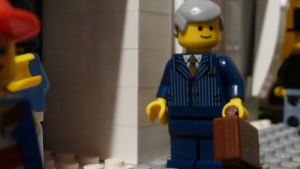 Fredrick Dover appears to be no longer on the Empire’s good books.

There is surprise today after it emerged that the Department of Global Affairs of the Federation of Legopolis has signed a “free trade” deal with the Caprican Banana State, enemy state number one of the Tripartite Axis.

According to local reports, the first official meetings between the Federation of Legopolis and the Caprican Empire ended in “success” after both nations agreed to a “Free Trade Agreement”.

According to the Federation of Legopolis government, the agreement will allow unhindered trade between both the Federation and the Capricas, with no tariffs, embargos, or other obstacles to trade put in place by either nation. “This is a truly historic event” said one of the Federation’s most prominent businessfigs, Peter Cal, in a post meeting conference. “As a growing nation, we need to strengthen our commerce now so we can continue to grow.”

It is widely thought that the Empire’s emissary to the Federation, Gregory Mons-Ricard, will seek an emergency meeting with the Federation’s Department of Global Affairs chief Fredrick Dover demanding an explanation for the deal.

Tensions between the Empire and the Federation are straining with troublemaker Chuck Charles still at large with some within Davidium’s Hall of Minifigs suggesting he is in the Federation’s protective custody.