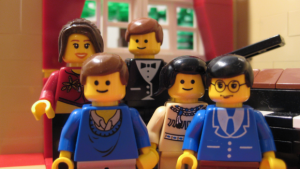 The family of missing Legoland envoy Hulex Rolds have questioned the ability of the security forces in Kilimanlego in tracking down the whereabouts of the missing minifig.

At a press conference in Great Mansion Square, Hulex’s brother, Dilbert, slammed the foreign state claiming in an alliteration award winning diatribe that Kilimanlego was a “land run by befuddled blundering buffoons”. In an attempt to ensure Dilbert Hulex’s comments do not harm relations between the two nations, Prime Minister Obnoxious Consensus said that he has faith in the Kilimanlego authorities and does not believe the state is a haven for warlords and bandits.

“Kilimanlego is no different to Legoland. Security forces and politicans are not to blame. The real culprits are those minifigs who think violent crime is a lifestyle choice”, he said.