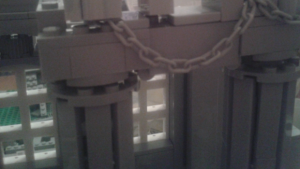 Slave labour apparently has its drawbacks

Inefficiency and incompetence amongst slaves assigned to the construction of the Davidium Customs House is leading to significant delays to the prestigious project it has emerged.

The building, commissioned to be the future home of the Empire’s Customs and Excise Office is required to be completed in the second half of June but mounting delays have cast doubts as to whether the deadline can be met. Extending the deadline past June 20th “cannot happen” a government official was quoted as saying although no explanation as to why it cannot happen was provided.

Initially intended to replace the former Hall of Minifigs parliament, the massive construct is expected to be the largest building in Davidium and signifies both the importance of tax revenues for the state and the growing irrelevance of large-scale auditoriums for political debate.

According to site forefig, Thomas Fish, the delays experienced are a result of slaves not carrying out instructions as specified or succumbing to unapproved death. 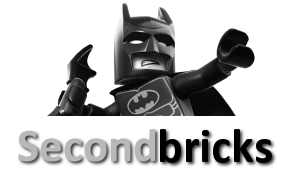 “We’ve lost 9 slaves to unapproved deaths in the last week alone. It takes time to bring in replacements from the provinces and for them to get up to speed so that’s not good. We have also experienced problems with slaves not following orders to the letter, and slower than expected BrickLink orders.”

Fish denied suggestions from some eyewitnesses that the biggest delays were as a result of head architect James Fairweather’s continual change to the blueprints. His most recent change is seeing the dismantlement of the entire existing build which is currently being carried out. It is the second wholescale revision since construction started in early March and will consign 3 weeks of work to the scrap heap.

“It’s easy to point the finger and easier to blame revisions but I think it’s a case of scapegoating. Slaves not performing is a better reason,” said Fish .

The Customs House is expected to use upwards of 10,000 parts and cost in excess of over £200m. Rumours are circulating that the establishment of a Brick or Window Tax may be one of the Customs and Excise Office’s first tasks to help replenish the much maligned state coffers once up and running.