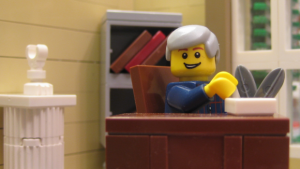 Fred Deeds, picture in this file photo, called on countries to remain “steadfast”

Foreign Secretary Fred Deeds has issued a stark warning to international political leaders after rumours emerged that the governments of a number of western powers were in talks with Al-Medahyin.

Deeds called the notion that states could be entertaining the group’s ideas “bizarre” and “troubling”.

“Talking with terrorists will lead to more terror. Any deals made with Al-Medahyin or other criminal groups will simply spread their activity.”

Commenting on the capture of PBR pilot Lt Greg Brickjan, Deeds expressed his view that the Williams City administration needed to remain steadfast.

“What they [Al-Medahyin] are doing here is bending the arm of my former homeland. President King needs to show he has some bricks, stand up to them and not make any deals.”

When questioned on how Davidium would interpret “any deals” with Al-Medahyin Deeds retorted candidly.