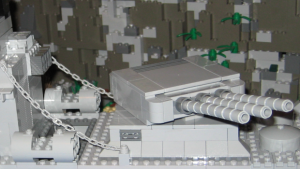 The military axis is no more

In the absence of a common threat and strategic vision in neither the political and economic spheres, the Committee of National Restoration announced today the dismantling of the Tripartite Pact with the Empire’s self-withdrawal.

The axis, forged between the Empire, the PBR and Federation of Legopolis in the Spring of 2013, was first construed by the Empire as a political bulwark against purported rising Caprican belligerence.

“Acknowledging that the pact has played an important role in maintaining the security of the Empire we are also cognisant that it is no longer relevant in a world which today is no longer blighted by the Capricans,” the Ministry stated.

“The axis has served its purpose, served to protect the Empire from foreign enemies, enemies that no longer exist in their usual guise”, it added.

The call to recede from the alliance is understood to have been tabled by the Foreign Office and promptly accepted by the so-called ‘Inner Circle’ of the Committee of National Restoration leadership. The collapse of this one-time union among nations is seen by most independent political analysts as representative of severe cooling in diplomatic relations between the countries involved as they head into a long winter.

Speaking exclusively in a telephone conversation with the Minifig Times, Legopolis commentator and University bigwig Dr Heinz Ward explained that the news would not go down well in the Federation’s powerbase, but it could elsewhere.

“The Federation’s government will be furious that Legoland withdrew without the courtesy of even the briefest communication. The insurgents in Ancarta meanwhile may now look to Davidium as a potential adjutant, should relations between the former spouses continue on their downward trajectory.”

Dr Ward asserted his view that the Megabloks outbreak was a “total ruse” used to keep international players at a far distance from the happenings in Legoland without the need for Davidium to “stoke up things too much.”

“It’s becoming apparent that the new regime over there isn’t headed by a bunch of fools. From their perspective the meddlesome neighbours are being kept at bay by twisting their own news stories to use against them. It’s quite clever really.”

Meanwhile in the PBR, reaction to the news is as yet unknown. The country, the supposed source of the Megabloks virus, is on the verge of collapse according to Davidium’s Ministry of Information.

“Unfortunately, the Ministry of Information must warn against travel to the PBR for safety concerns,” a message alert reads on its website.