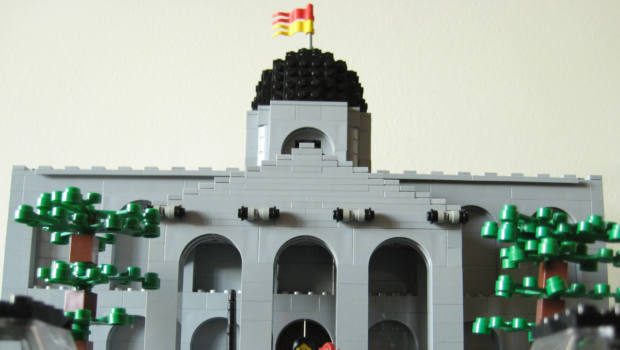 The Empire will not be intervening on the side of PBR President Deeds or the FBA the Government have confirmed after the Hall of Minifigs voted against sending Imperial Army forces into war.

Prime Minister Haliday said that his cabinet had deliberated “long and hard” over the issue and he was now content that the Government had made the right choice by backing no one.

“It’s not our war to interfere in. We don’t get involved where it does not make sense. In any case these are unchartered waters and until we have a complete picture of the world map it’s hard to know where everything stands”.

Haliday did indicate that the Empire would consider “minifigitarian assistance” if the situation for civilian minifigs in the PBR went “mega blocks up”.

“We understand that a number of foreign states are air lifting in supplies of new bricks and plates to FBA controlled areas under the guise of ‘minifig aid’. We are unsure as to the legitimacy of their claims as providing aid to only one side in the war is on our block military aid and not minifig aid. We would consider true minifig aid if the situation on the ground deteriorates much further. There are innocent minifigs that get caught up in all conflicts and its the responsibility of all of us to protect the figs. They are after all made of the same plastic as us.”