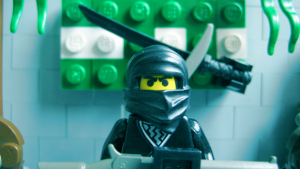 In a stark online video broadcast circulated by Al-Medahyin, the international community is warned to withdraw all support for the Empire or face the opening of a new front on their own baseplates.

The stark warning was the group’s latest move in an 8-year war it was waged against multiple Davidium regimes following the Empire’s 2007 prohibition of God and God-worship. The practice was common in the western Castleland region and its banning is seen by many in the region as cultural genocide.

Speaking in the local tongue the cloaked minifigure offered no room for negotiation.

“The unholy Khilaafa [Empire], the dominion of unadulterated decadence, holds no value to us. Its unyielding abuse and oppression of devout minifigures will not go unpunished in this life or the afterlife. External states that provide support to the Khilaafa through the maintenance of political or economic ties will be held to account and will ultimately face annihilation on their streets.”

Initial response from Davidium was swift with the Ministry of Information calling the film content “shameless terrorism”.

Whether foreign states heed the warning remains unclear. Many political analysts anticipate further distancing between the Junta and the powers that be in Williams City, Bricksburg and the City of Legopolis.