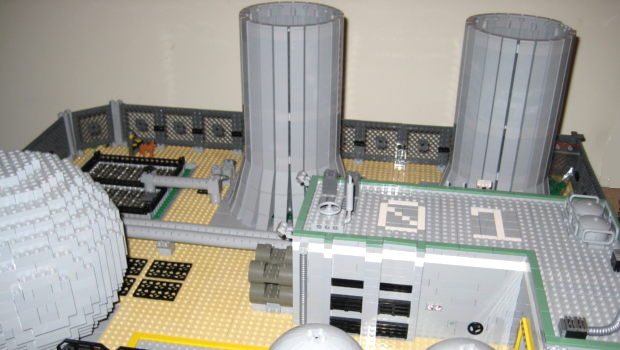 The 6,000 MW plant will be capable of providing most of Davidium’s power requirements

The Government have officially confirmed the Enatolia Nuclear Power Plant is up and operational on the national grid, the Empire’s high-voltage electric power transmission network. At a restricted press conference held at the plant, State representatives from the Ministry of Plenty claimed that full power production would be realised by the end of September. This was, they said, “in-line with the Ministry’s objectives”.

The announcement followed weeks of political dog-fighting over the disputed existence or non-existence of a nuclear plant on the outskirts of the Imperial capital. With the State’s disclosure, the entire Government have been proven to “have hood-winked the entire Minifig World, and more importantly, Legoland”, according to NBO deputy Reginald Tume.

In its defence, the Effective Minifig Union and Communist Party coalition have wheeled out the “in the interests of State security” line which according to political analysts will not fool the average fig.

“The majority of minifigures in the Empire, whether they be uneducated subfigs or those from the intelligentsia do not buy the argument that the Empire is under serious threat from domestic or foreign sources”, claims Dr Hubert Groons of the Emperor David University. “Minifigures are aware of the threat levels posed by insurgent groups such as the Legoban but are confident that the gobbledygook being churned out by some foreign countries is just that, gobbledygook”.

This fact explains to some degree the large anti-Government protests that have hit the capital and a number of the Empire’s larger cities, including Holtdam and Medalin. Prime Minister Julian Halliday called on protestors to “put down their weapons and take up tools”.

“The Empire needs strong workfiglike minifigs. We are in the process of building the Third Empire of Legoland, the most powerful Empire the planet has ever seen. It is all minifigs duty, no matter how small they feel their contribution is, to contribute to the development of our lands”, he added.

According to Dr Groons however the protests are not just about State lies. “It is clear that the protests have brought together a number of different groups only united in their anger at the way things are being run in the corridors of power. Some of these groups include the EDB who are looking at establishing a quota of bricks for every minifigs, pro-Fleshy and minifig rights advocates and pro-Legoban elements. You can also through in supporters of the ‘Irritable 11’ for good measure”.