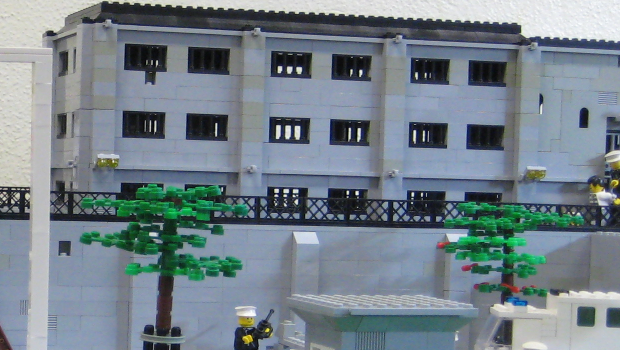 The duo are reportedly in solitary confinement in the capital’s Maximum Security Prison.

The entire Political Bureau of the Ministry of Truth were just days away from falling victim to an elaborate assassination plot it has been revealed. The plot, foiled after the former Caprican ambassadors to the Empire succumbed under interrogation, was to “both literally and metaphorically decapitate the top administration in the Ministry”, the Empire Police confirmed.

A press release from the Empire Police elaborated on the conspiracy confirming initial reports earlier last week that Prince Christian and Princess Grace had intended on using a Series 6 Butcher’s cleaver as their “final tool-of-choice”. This it said would have been used following a “successful administration of consciousness-debilitating foodstuff to their hoped guests, the entire membership of the Ministry of Truth Politburo.”

It is as yet unclear as to why the Caprican regime identified the Ministry of Truth as a target but some independent observers suggest that the hard-line state likely recognised it as the “single biggest threat to Caprican State propaganda”.

Meanwhile the authorities have announced that Prince Christian and Princess Grace have been stripped of any diplomatic immunities following their admission.